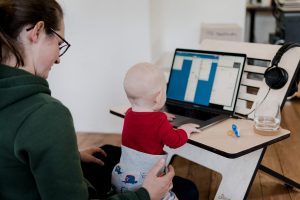 All decisions have consequences, but tough decisions have implications that impact lives beyond our own. Tough decisions involve others and likely will not be popular because they will require the near-term pain of change. Parents might decide to pull their child out of their current school and put them into a different learning environment. The reasons could be for academics or peer shifts. The easy answer is the status quo. No change. As a parent who wants to lead, the decision to change will be difficult. As a leader, the decision must be made to give the child their best chance for their future.

As a business example, let’s say there is a company division that has been underperforming. This division is no longer part of the core business, and efforts to get it on track have not worked out. The division employs 50 people whose families rely on the salaries, and it has been a significant part of the business for 30 years. The decision to exit the business preserves the core and will free up resources to invest in new products. The consequences are far-reaching.

As a leader and a parent, we are being watched. None of our actions will go unnoticed. As parents, we explain the importance of not consuming alcohol and driving, but we go to dinner, have a beer, and then drive the family home. This does not go unnoticed. Society is vigilant about sniffing out hypocrisy, and kids are particularly keen to calling it out.

You receive the bill for your dinner and, upon review, notice items are missing. These are the ultimate leadership moments because you can act with integrity or pretend you missed the error. Ultimate leadership is acting quickly to let the server know about the error. Your family is watching you, and this act will earn greater trust and teach them the importance of honesty, even if it costs you.

When you are a leader in your company and are alerted to an issue involving a customer, how will you respond? Will you be fair in your dealings or pursue the greatest advantage for your business? The employees are watching, and they know what is appropriate and what is not. Active in the best interest of all parties, and you will earn trust.

Leadership and parenting require an extension of trust. We must first train them through instruction and example. We most often miss the need to instruct. As parents and leaders, we mistakenly think our example should be enough. This is a critical mistake because the instructor will offer the details necessary to understand the action’s nuances.

After employees and kids have instruction and example, it is essential to allow them to practice.  This requires the extension of trust. From an overnight stay with friends, to Spring break. From opening the store on their own, to managing the negotiation. The ultimate leadership is allowing the people we lead to operate on their own. As leaders, we must prepare them and then trust them to do the right thing regardless of the consequences.

Recently, I had an experience at my church with a pastor I believed to be a strong leader. He had written books on leading or about other leaders he had experience within his life. He led the church for nearly forty years and built it to multiple campuses and 14,000 members. One day, he didn’t show up. It was abrupt and confusing. The campus pastors explained they were working on getting him back for a final sermon, but he refused. As church members, we were bewildered. It was like a parent leaving for work one morning and never coming home—no message or explanation. The children are left to speculate as to what has happened. It turns out, he left to start another family because the family he had built was not growing up as he desired. He decided to take his ball and leave. This is not how real leadership works. Let’s break this situation down further.

Tough Decisions – Do you remember when the Baltimore Colts left in the middle of the night to move to Indianapolis? That was an easy decision because it had the fewest consequences. Leaving a church membership high and dry without explanation was the easy decision and had the least consequences. This meant it was about him and not a leadership decision.

Walk the Talk – This pastor was always a straight shooter. He told us the right way to serve, and the wrong way to serve. When it was his turn to walk the talk, he walked without the talk. This was the most surprising aspect of his departure. No real explanation was offered to the thousands of members, not even a not on the door. Leaders won’t walk without helping to explain the situation.

Extend Trust – It must be difficult to build a large organization and maintain total control. Clearly, he did a great job of extending trust to others. His extension of trust allowed the church to grow beyond his expectations. Maybe his team began to take the lead on decisions that were not consistent with his desires. This could certainly cause frustration, but is he a figurehead or a leader? Leaders listen to the members and make tough decisions about the direction that is best for the organization. When the leader makes it about themselves, they have failed the organization.

Leadership & parenting – one and the same.