Stop Worrying And Do It Already 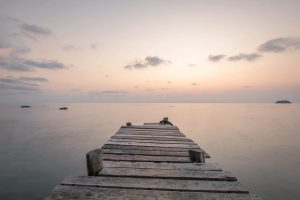 Nothing in your life is finite, except your time. The one absolute will be your death. Why do we fret extensively about making a career change or moving to another city or changing schools or churches or ending relationships? There are a few decisions that will alter the course of our lives in significant ways, but 98% of our choices won’t. Often we treat every decision as though it is life-altering. The reality is that our minds fear change. Unfortunately, the overwhelming majority of humans are driven by fear. Every decision they make is based on fear versus a better future. They would rather preserve the “known” versus brave the “unknown.” Fear of the unknown is why so many people remain in troubled relationships. They have a partner that is miserable, yet they won’t make a change. Fear of the unknown is incredibly powerful for most people. They sacrifice happiness for the known world of misery in which they continue to reside. Millions of people suffer because they are paralyzed by fear.

The reality is that unless your life is at risk or the lives of people you are responsible for, it doesn’t matter. If you make a change and it doesn’t work out, go back. The only situation in which a decision is irreversible might be in a relationship or elective surgery. Example: You have always wanted to be a horse trainer and leave your accounting career to be a trainer. There will always be a need for accountants. If you show up consistently, study your work, deliver value, focus on service, and freely share your knowledge, your circumstances will soon turn from sinking to swimming.

We live in a world of unlimited potential (assuming you are from a developed country). The only cap on our potential is our ability to deliver value when just enough is the norm. Most people do just enough and justify their lack of effort by pointing their fingers at others. They have been trained or programmed to worry about the actions and efforts of others rather than the only thing they control – themselves.
It makes me mad and sad that instead of helping build a responsible society, our political, marketing, media, and educational systems pander instead of serve.

What does pander versus serve mean?

Pandering is self-serving. The only person or entity that benefits is the panderer. Pandering is manipulation and is the path of least resistance. Lazy people love pandering because it gets them what they want with little effort.
Why am I focusing on pandering in an article about taking actions and making changes in our lives? Because the people and institutions that pander will encourage you to be complacent. They definitely want you to take action, but never do they encourage you to take responsibility. They use fear and anger to manipulate or compel you to act on their behalf. Responsibility is a critical component in taking action that can change your life.
Here are a few questions to ask yourself when you are considering a change:

Why do I want to make this change?

The reason we want to be clear about our “why” is because all change is hard, and you will need to stick with it and see it through. If your reason is not emanating from deep inside you, reconsidering the change might be the best course. Big changes require a big commitment.

What is the worst thing that can happen?

The worst-case in all things would be death. The reality is that rarely will a change in the developed world result in potential death. Maybe you could lose all you have. Losing it all sounds awful, but you will still be alive and still have the same skill and value that you have today. Understanding the worst case is the best way of getting real perspective.

Always assume the worst and expect the best. Your attitude will have a significant impact on your outcome. If it all works out as planned, great! If it becomes a total disaster, that’s okay too. The end is really only the end if we are dead. If we lived to tell about it, our attitude will determine if we can move on to a better future. Learn to invest failure into future success, and you will reap the rewards of compound success.

What can I read or study about the change I am considering?

Our society is not lacking in learning materials. The library, the internet, and YouTube contain more information or topics than has ever been available. The change you are considering has been written or spoken about because, let’s face it, there are no original ideas. Develop a list of questions that you want to answer in your studies.

Make a case for making the change. Why go through so much effort? Our emotions can steer us wrong. Following your heart might seem like sound advice, but the reality is the heart fantasizes about the good stuff only. Our heart wants a specific outcome directed emotionally, but long-term commitment requires a clear path to a better future.

Who can help me with this change?

Again, there are no original ideas. It has all been done before. Look for people that have gone through what you are about to go through and talk to them. Share your findings from your research with them to confirm or invalidate your assumptions. It is really important to ask only after you have done the homework. Don’t go to a person to ask for help if you have not first made an effort to help yourself.

Change is scary, often complicated, and involves risk. However, it is the only path away from conditions that are less than desirable. If you are miserable and unwilling to change, you will be miserable forever. Change is reversible, but time is not. Do your homework on the change you want to make and then go. Change requires action. Do not waste your precious time trapped in societal expectations. The reality is that society doesn’t really care about you and isn’t thinking about you. The pressure to remain is on you. If it doesn’t work out, so what and now you know. Stop making excuses and start making the effort.