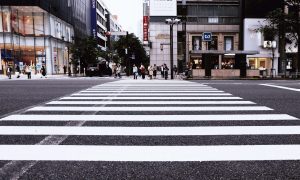 The unconscious world is a world driven by external forces, where people act on impulse and desire. Are you unconscious? The disturbing aspect of unconsciousness is that we have difficulty seeing it for ourselves. Society has trained us to look outside of ourselves for validation and personal satisfaction. Doting parents condition their children to believe the world exists to serve them.
Unconscious people use the past as a justification for reprehensive behavior. All in the name of revenge and retribution. Why? Unconscious people don’t see other people as people. They see others as irrelevant or obstacles to getting what they want. These people are unaware of how their actions impact others because they don’t care.

We live in a world filled with people that seem incapable of empathizing with another person. Either you are with them or against them, and there is no middle ground. Ignorance reigns supreme amongst the unconscious. Allow me to clarify; these can be smart people. They are just emotionally ignorant and lack any ability to empathize with an opinion that differs from theirs.

Unconscious people thrive on the polarization that allows them to express their emotions. Unconscious people are ripe with self-righteousness and demand unilateral solutions to their grievances. Anything less than exacting pain and discomfort on their enemies is unacceptable. On the other hand, they demand your compassion and understanding. The unconscious only advocate for their cause, and most of their cause is themselves. Revenge, envy, jealousy, anger, and hatred direct their energy.

Unconscious people are everywhere. They teach our children in school, make and enforce our laws, run businesses, sit in prisons, treat the sick, and share their ideas on social media and other outlets. How do I know? Because I am one of them. I get sucked up into the social narrative intended to facilitate unconscious acts.

Conscious people have cultivated an ability to understand their feelings and emotions. They also understand how their responses to external stimuli can affect those over which they have influence. Validation isn’t important for them because they are at peace with who they are and are clear on what matters to them. Conscious people accept 100% responsibility for their actions. When they make a mistake, they are the first to raise their hand. They go out of their way to make it right because they are principle drivers versus emotional drivers.

People that wake up from their unconsciousness see the world as it is. They develop an awareness that helps them in every aspect of their lives. Conscious people develop genuine relationships based on truth and trust. They can create healthier relationships because they know themselves. They avoid running from reality or making up stories about their partner to validate their importance.

How do we transition from conscious to unconscious?

The overwhelming majority of society remains unconscious their entire lives. They grow up, marry, raise children, and die without ever realizing consciousness. Unconscious people tend to live conditional lives. Meaning their happiness is subject to certain conditions being met.

The only way to achieve long-term happiness is through conscious living. Consciousness is so difficult because we have been conditioned by unconscious behavior in an unconscious world. We have developed a codependent relationship with all things, including relationships, work, politics, sports teams, and material stuff. Who we are is dependent on how others perceive us, how others treat us, who we know, what we do, and all that we possess. The reality is that none of the criteria we use to measure worth has a single thing to do with who we are. We run from who we are. Our society has trained us to believe that satisfying ourselves is selfish. We are expected to prove our worth through sacrifice. The expectation is that you delay your happiness in the service of society. The result is a world filled with misery.

Unconditional happiness is only possible by removing conditions on which we have previously based our happiness. The transition is incredibly difficult because we cling to our identity. That which defined us in the past must be cast aside once we wake up.

Consciousness is living in reality and accepting it as it is. I am not suggesting a passive approach to our existence. It is possible to be fully alive and engaged as a conscious person. Conscious people set goals and strive just as unconscious people do. The difference is they are not attached to the outcome of their efforts. The fact that they are not attached to the outcome allows them to enjoy the pursuit instead of suffering the results. Conscious people realize that they only control their own attitude, responses, efforts, and inputs. That is it—nothing more and nothing less.